Last post was about me messing around with my megadungeon. In an attempt to actually finish something rather than be constantly tweaking a huge project for ever, I started work on a smaller dungeon, aiming to finish it preferably by the end of the month (by the end of the week would be nice).

I needed a base. I needed Donjon. 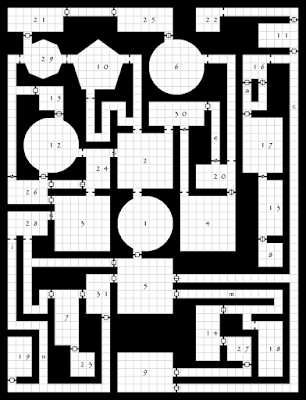 This was my base. I then made a node map or a flowchart mapping out the basic room layout and straightened out corridors. 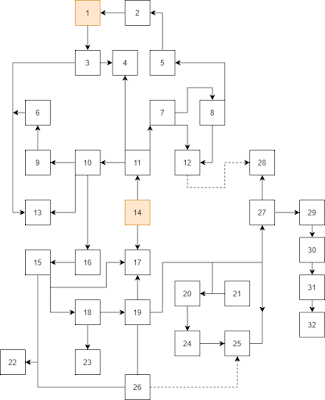 The day I was working on this, I got to a point where I was thinking "what's the point of this, why am I worrying about boxes and lines and loops.... so many loops." I'd also done ready on various sites about mapping and nodal dungeons and mapping megadungeons. Definitely had a bit of creative overload. So I printed off these nodes and began drawing, away from the computer.

The reason I drew it out this way was to make sure the dungeon was jacquayed enough. I was realising a lot of my maps were mostly branches, and even when paying attention I kept falling into boring layouts. I think it was because I was too worried about room sizes, getting everything nice on a grid, etc. So I went freeform, added and removed nodes to get something of interest to explorers.

My moments of madness passed, and I had an initial sketch of the dungeon. 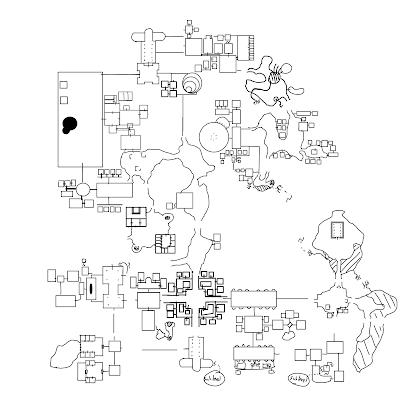 It's a mess, but it's a sketch. I currently have a printed version on my desk and many edits have already been made; too many rooms, many rooms need to be shrunk, but the basic shape is there. Like sculpting, a lot needs moving around still. My plan is to have this place as a sort of introduction to the Caverns of Thracia, or at least another place to visit in a route map surrounding the Caverns.

Hello and welcome. This blog is mostly a place for me to "think aloud" for various d&d, ttrpg, and related subjects.